Tuesday on the Dose, we know how difficult it can be to declare winners and losers from an event like the 2018 NBA Draft, but we look a little closer, and we have found some very deserving participants!

W name a few teams, a few coaches, a few players, and even a parent as our winners and losers from the NBA selection process.

We also have some breaking LeBron James news that we aren’t so sure about, and another NFL player is trying out the appeals process. 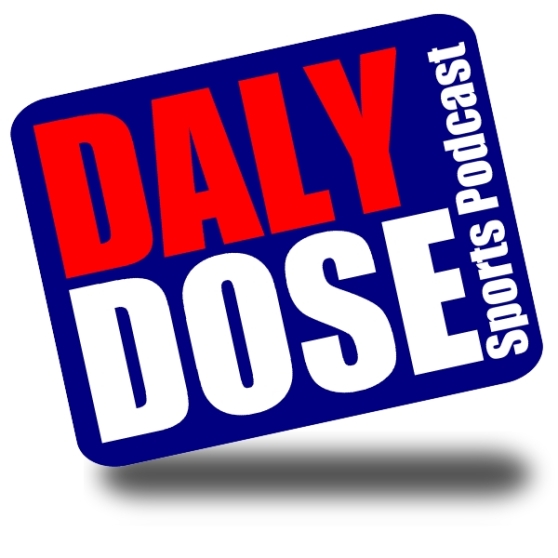 Monday on the Daly Dose, we are recapping the weekend in sports! March Madness was even crazier than expected as top teams kept falling! We discuss why not all of the upsets made us feel so great.

There was a trade in the NFL that we don’t fully understand, NASCAR saw an odd decision, and the PGA Tour is getting very interesting.

Plus, today is very special national day of the year that brought to mind a few different athletes!

That land where college football is a religion, and the teams are loaded with future NFL stars.

The SEC has won 8 of the last 10 national championships, and if you aren’t sure which conference is the best…the fans will remind you.

Sure, most of those fans didn’t actually attend these places of higher learning. But don’t worry about that. Just be impressed that they can actually spell “S-E-C”.

This is it. This is the season that head coach Butch Jones has been building for, and the year that Vols fans have been waiting for. The offense should be potent under QB Josh Dobbs. The defense should be improved. This is your year, UT. Don’t blow it.

Georgia ran off former head coach and nice guy Mark Richt, primarily because in 15 seasons he won 74% of his games, but went just 5-10 against arch-rival Florida. But would Bulldog fans be happy if they lost more games overall, had jerk for a coach, but beat Florida? Well yeah, obviously.

The Gators got back to winning last year, going 10-4 and making it to the SEC Championship.  And then we saw a number of UF players get arrested in the off-season. Head coach Jim McElwain wanted to get Florida back to where they were under Urban Meyer. And he seems to be on his way.

Coming off of a disappointing season, the Tigers will look to improve behind a stout defense. But with a young QB and an inexperienced offensive line, Mizzou could be in for another long year. At least they have a quiet, peaceful campus to go home to.

The Dores have a solid defense, and least season QB Kyle Shurmur and RB Ralph Webb were at least productive enough to beat Missouri and Kentucky. Oh, I know that isn’t much, but this is Vandy we are talking about.

The Wildcats had a pretty loaded roster and eight home games in 2015, and managed just a 5-7 record. A more challenging schedule, and less talent, will leave Kentucky fans wondering for the millionth time “Why couldn’t we get Bob Stoops instead of Mark?”

Nick Saban just keeps plugging in new talent and winning year after year, despite not getting stellar play from his quarterbacks. But at some point, that deal he made with the Devil has to run out, doesn’t it?

LSU has the talent and experience to contend for an SEC and maybe even national title. But a nasty schedule could keep them from reaching those lofty goals. Oh, and also…Les Miles.

The Rebels went 10-3 a year ago, and they have the talent and recruits to contend again this year. If they can get past Florida State in the opener, Ole Miss could be in the hunt for some impressive accomplishments that will be forcibly vacated in the very near future.

The Tigers were preseason favorites to contend for a National Championship last year, but instead struggled, going just 7-6. It shouldn’t come as much of a surprise, as Auburn has always struggled when they have high expectations.  No wonder Cam Newton went there.

The Razorbacks are going to be rebuilding their offensive line and breaking in a new quarterback.  That doesn’t sound like a good combination to us. Like Bret Bielema in a China shop.

Dan Mullen has to try to find a way to replace Dak Prescott. That won’t prove to be an easy task, but the Bulldogs should still have enough talent to get a bowl berth. If that means anything.

Did you miss our Daly Dose Pac 12 Preview?

Be sure to stop by on Thursday for our Daly Dose College Football Top 10!

In light of all of the recent University of Kentucky entries into the NBA Draft this shouldn’t come as much of a surprise.

But when Wildcat towel boy Bobby Greer declared for the NBA on Thursday it did raise a few eyebrows.

“I just figured that I need to strike while the iron is hot.” said Greer who is 14.

Karl Anthony-Towns, Willie Cauley-Stein, Devin Booker, Trey Lyles, Dakari Johnson, Aaron Harrison, and Andrew Harrison all announced on Thursday morning they they would be going to the NBA. These seven players make up 85 percent of Kentucky’s scoring this past season.

And now they will be forced to find a new towel boy too.

“It was a tough decision” continued Greer. “I love it here at the University of Kentucky. I am Kentucky blue through and through. But I am excited about what the future holds for me. And like the other players who declared I am hoping the NBA isn’t too much of a pay cut.”