It has been eight seasons since the Cleveland Browns have even had a winning record, and with another loss on Sunday,ownership is considering a historical move.

On Monday, Browns Executive VP of Football Operations Sashi Brown announced that the franchise is considering a move to play intramural football in 2017.

“Look, there are a number of very talented intramural programs in the Cleveland-Akron-Canton area, and with some hard work and improvements we can be just as good as any of them.” Brown stated.

The announcement comes on the heels of another loss by the Browns on Sunday to their arch-rival and nemesis the Baltimore Ravens.

Cleveland jumped out to an early 20 point lead before allowing 25 unanswered points.

And the Browns may have lost backup quarterback Josh McCown to a shoulder injury just one week after losing starting quarterback Robert Griffin.

“It’s been a fun ride and I commend the city of Cleveland as well as all Browns fans, but this has been an effort in futility and we realize that.” Brown continued.

“Now we just need to change our focus a little, and do our best to get ready for a challenging schedule next season.”

We move now to the NFC East.

Is Chip Kelly really smarter than everyone else? Can the Cowboys repeat their winning ways from last season? Can the Giants turn it around and save Tom Coughlin’s job? Can that team from Washington ? I think we know that the answer to all of these questions is “no”. 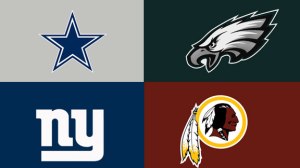 Next up: Our AFC North Preview!