This week on the Daly Dose, we talk with longtime high school basketball coach Russ McKinstry about some of the biggest stories in sports today!

Starting in college football, did Alabama coach Nick Saban make a mistake by having QB Tua Tagovailoa in the game, when he was injured? What mistake did Baylor make in the loss against Oklahoma? Which teams are the true contenders as the regular season winds down?

Moving over to the NFL, we discuss the Colin Kaepernick workout, the Myles Garrett suspension, and which team could unseat the New England Patriots. We also discuss the problems without our hometown Denver Broncos, and what we are hoping for going forward.

We talk about the college basketball scandals, and what the lack of actual punishment is telling us. We also discuss one major change this season that could affect which teams make a run at a title.

Finally, we get Coach Mac’s thoughts on the NBA this season, and look at some of the new contenders and how much the league has changed!

It was a busy week on the Daly Dose, as we bumped the podcast up to the daily format! Check out all of the shows that were released this week!

Monday on the Daly Dose, we are talking about the selection of the top four teams for the College Football Playoff! There may have been some controversy about the final team, but we tell you why they got it right! A number of college football coaches are jumping around to new jobs, and we respond to some listener email concerning the NFL!

Tuesday on the Dose, the Monday Night Football game may have proven to be very costly! New England Patriots tight end Rob Gronkowski has been suspended, but he isn’t the only one that deserves discipline for that play. LiAngelo Ball is leaving UCLA while Derrick Rose is trying to return to the Cleveland Cavaliers. We look at some of the better bowl game matchups that are coming up, and a newly appointed Pac 12 football coach stops by for a visit!

Wednesday on the Daly Dose, we are looking at the inconsistencies in NFL discipline. What are the current judgements telling players in the league?

The International Olympic Committee has banned the Russian team from the 2018 Winter games for doping, and we are actually a little surprised by the news.
We have noticed a few disturbing trends in college football lately, and we release our very first Daly Dose Hump Day power rankings- who are the WORST teams in the NFL right now?
Listen here to Daly Dose 12-06-17

Thursday on the Dose, we are talking about the latest news in the NFL! What can the league do to get rid of the dangerous hits? We have solution that no one will like.
The Heisman Trophy trust is getting stingy, a basketball coach is doing something that no one should be surprised by, and we are challenging YOU to pick the college bowl games!
Plus, we discuss the biggest overreactions in sports this week!

It is Friday, and we finish out the week with a look back at the Thursday Night football game between the New Orleans Saints and the Atlanta Falcons. We have what might be our delusional athlete of the year, the University of Tennessee finally has a new head coach, and the Cleveland Browns are making moves to try to get better. We preview the top sporting events to watch over the coming weekend including games from the NBA, college basketball, the NFL, and don’t forget about the Army/Navy game on Saturday. Finally, we finish out the week with our Daly Dose Top 5! We know that a number of Heisman Trophy winners struggle at the next level, but what about those other guys that go on to bigger and better things? We count down the Top 5 Heisman winners that had the best professional careers!

This week on the Dose, we are already tired of all of the political talk in sports. So, we sidestep the politics, and stick with what we actually know.

Major League Baseball is finally getting interesting, and we take a look at possible postseason matchups. We know that the Cleveland Indians, and the Los Angeles Dodgers will wrap up the top spots in each league, but which other teams can contend?

We respond to a few listener emails, including who won the NBA trade between the New York Knicks and the Oklahoma City Thunder in the Carmelo Anthony deal. Our answers just might surprise you!

We are now about one month into the college football season. Which teams are failing to live up to all of the preseason hype?

And in the NFL, the New York Giants, Seattle Seahawks, and Los Angeles Chargers might be off to a slow start, but we have some good news for them. Meanwhile, the Green Bay Packers, and Los Angeles Rams are off to very good starts, but could be facing trouble down the stretch. We look at the good news and bad news for a number of teams!

Finally, if your favorite NFL team is off to a slow start, we provide you with a ray of hope! Our Daly Dose Top 5 counts down the five times that NFL teams have started the season 0-3, yet still managed to make the playoffs!

If you want to stick with sports instead of politics, listen here to Episode 148 The no politics sports show!

On Episode 58 of the Daly Dose Podcast Clint talks about the winners and losers from the college bowl season and gives a National Championship preview Daly Dose style. Then Mike from Castle Rock stops by to preview the NFL Wild Card weekend. Finally Clint counts down the Top 5 bitter quarterback controversies of all time! Check out Episode 58! 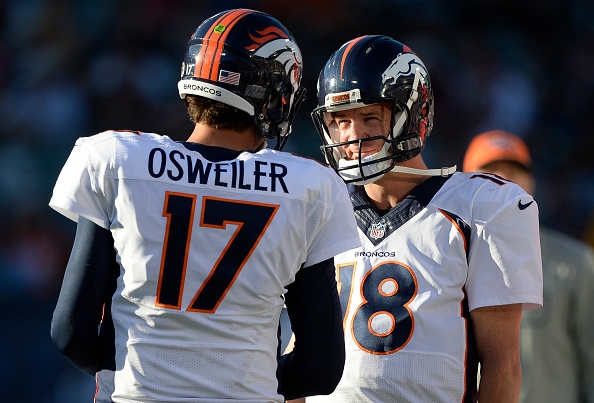 The Daly Dose Sports Podcast brings you our NBA preview! Breakdowns for each team and Clint gives his picks for who will be playing in the NBA Finals. Plus World Series, college football, and NFL talk. And do you still need a Halloween costume? We count down the Top 5 sports themed Halloween costumes that you can use this year! Check out Episode 48!

This week on the Daly Dose Sports Podcast Clint gives you the good, the bad, and the ugly from Week 4 of the NFL, the biggest disappointments in MLB this season, and the weekend’s winners and losers from college football. Plus with all of the missed kicks in the NFL we decided it would be fun to count down the Top 5 NFL kicking blunders of all time! Check out Episode 45! 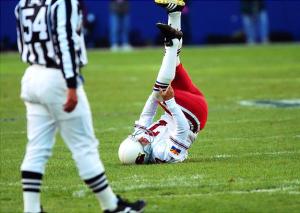 Clint just got back from vacation and gives his review of his trip and a visit to Disney. Also some MLB talk, how he isn’t afraid of Ronda Rousey, and a discussion of the Pro Football Hall of Fame. And don’t miss the Top 5 greatest left handed quarterbacks of all time. Check out Episode 37! 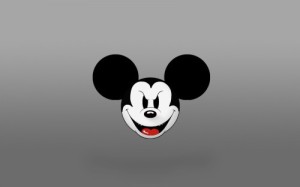 We take a trip into the Daly Dose archives and look at some past Top 5 lists from past Daly Doses. Who is the greatest in game dunker? How did the Seahawks lose the Super Bowl? Who are the toughest guys in NBA history? Check out Episode 36!

Clint counts down a few Top 5’s today including the Top 5 most overrated college football players of all time and the top 5 actors who should NOT be playing athletes on the big screen! Check out Episode 34!

It is a Top 5 special! Counting down the most underrated NFL QBs of all time, the 5 greatest American athletes in history and my underrated All-NBA team. Check out a special Episode #32!