The AFC South is an odd mix of teams. While it may look at first glance, to be one of the weaker divisions in the NFL, there are some teams that are getting better here. The Texans have a very good defense. The Titans are young and talented. The Colts could be better if they have a healthy Andrew Luck. And the Jaguars would be vastly improved with a very unhealthy Blake Bortles. 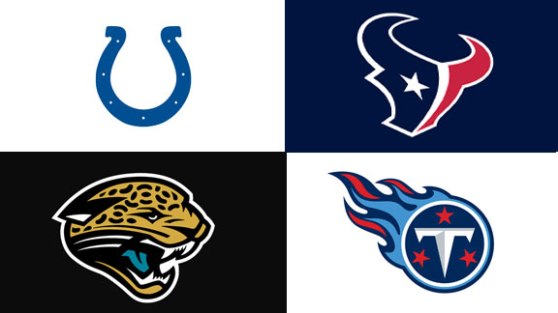 The Titans looked poised to step up last season, and make a push into the playoffs. Unfortunately, they started off the season slow, and were unable to earn a postseason berth. Can this young, talented group get off to a better start in 2017? Can QB Marcus Mariota stay healthy? Can the pass defense improve? Can we ever take a head coach named Mike Mularkey seriously?

The Texans are hoping that just getting rid of Brock Osweiler is enough to make them better. With this defense, featuring both JJ Watt, and Jadeveon Clowney there is reason to be optimistic. Unfortunately,  unless they can play offensive line or quarterback the Texans are still going to be barely above average.

Andrew Luck is trying to return from shoulder surgery, but with the lack of a supporting cast to surround him, he may be better off just stalling. Luck needs to take his time and make sure that he is fully healthy, and the Colts are in a better position to protect him. So, he may be waiting three to four years.

QB Blake Bortles seems to be suffering from a case of the yips. His confidence is wavering, and even though he has been named the starter, you can see the doubt creeping into his play. It doesn’t help that he doesn’t have much help on the offensive line. Or that Vice President Tom Coughlin keeps yelling at him to stay off of his grass.

Coming up next the Daly Dose NFC West Preview!

The AFC South is full of good young talent.

From JJ Watt to Andrew Luck, to Blake Bortles, and Marcus Mariota this division has some of the best young players in the NFL today.

Super Bowl Contenders? Not even close.

The Texans saw the struggles of unproven veteran QB Brian Hoyer in the Texans playoff game against Kansas City and decided that a change had to be made. So they went and signed unproven veteran QB Brock Osweiler to $72 million dollar deal. His performance may look similar to Hoyer’s, but at least they’ll be paying him a lot more.

Andrew Luck should be back and fully healthy after being inactive for nine games with shoulder and kidney injuries. Of course, when he was playing he looked horrible, throwing 12 interceptions in just seven games. And it might be a bad sign for the Colts offensive line that Texans DE JJ Watt has been sending Lucks spleen texts saying “I miss you, but we will be together soon.”

Jacksonville believes they have turned a corner behind QB Blake Bortles and are a contender in the AFC. Sure, their running game is abysmal, and their defense allowed 28 points per game. But let’s let them keep thinking they are making huge strides. Then we can point and laugh together.

We love what we saw from rookie QB Marcus Mariota last year, as he threw for nearly 3,000 yards and 19 touchdowns in just 12 games. This kid has “it”. And if the Titans don’t patch together some semblance of an offensive line, which allowed 54 sacks in 2015, “it” will be back on the injured reserve list by Week 8.

Did you miss our Daly Dose NFL NFC North Preview?

The Daly Dose Sports Podcast brings you an NFL Preview and gives a brief outlook for each team and where they should finish in their division. Clint takes a brief look at winners and losers in the first week of college football and counts down the Top 5 greatest hitters in NFL history. Check out Episode 41! 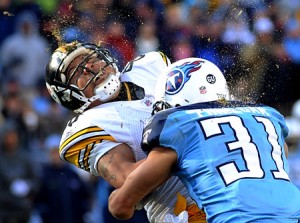 We next move to the AFC South. The AFC South has the Indianapolis Colts which went to the AFC CHampionship game in 2014 only to lose to the New England Patriots. There are also some other teams in the AFC South. We are going to try to remember who they are.

Next up the NFC South Preview!