On the final episode of 2016 of the Daly Dose Sports Podcast, we take a look back at some of the best and worst that we saw in 2016. What were the best games? The best performances? We look at some of the most overrated sports figures, and the worst moments of the past year.

A special friend stops by to talk about her New Year’s Eve plans, and we discuss the upcoming college football bowl games. We give our picks for the Peach Bowl between Washington and Alabama, and the Fiesta Bowl featuring Ohio State and Clemson.

Week 16 in the NFL saw some drastic changes and a few coaches are about to be out of work.

Plus, we discuss why some people are down on Christmas, and counting down the Top 5 ways that 2016 could have been a whole lot worse.

The Denver Broncos have a long standing feud with the Oakland Raiders, and they aren’t about to do them any favors.

Despite needing a win on Sunday night, against the Kansas City Chiefs to stay in playoff contention, the Broncos came out flat and uninspired.

You might say it is just a case of Super Bowl blues, but maybe there is a little more to the story.

“No, I actually told them to just take it easy.” said Broncos head coach Gary Kubiak. “If we win that game, it would actually help the Oakland Raiders win the AFC West. That’s not happening on my watch.”

Instead, the Broncos posted what may have been their worst loss of the 2016 NFL season, and were blown out 33-10. The Denver defense allowed the Chiefs nearly 500 yards of total offense, and the Bronco offense was just 4 of 15 on third down conversions.

“We were looking at our team and we realize that we probably don’t have the talent to go win another Super Bowl this year.” confirmed executive vice president of football operations and general manager John Elway. “But we also knew that we could give the Raiders a big crap sandwich for Christmas. So we decided to go with that option.”

“They can say whatever they want, the fact is they were beaten by a better team.” said Reid on Monday. “We ran better, blocked better and tackled better. Alex Smith looked like a bona fide NFL quarterack, and we even had a 400 pound defensive lineman throw a touchdown pass….hey wait a second…”

This week on the Daly Dose Sports Podcast, we read our Christmas wish list! But the list isn’t for us. We ask dear old Santa for a variety items for a number of different sports figures!

And despite the hope that so many feel around this time of year, we give you a few NFL teams that have no hope whatsoever. And we don’t just mean this season.

Plus some surprising NBA teams, a college football scandal, and the Top 5 least popular holiday gifts for sports fans!

The Houston Texans are beginning to completely rethink their struggling quarterback situation.

After signing Brock Osweiler to a $72 million dollar deal in the offseason, the Texans were forced to bench him on Sunday in order to beat the 2-12 Jacksonville Jaguars. Tom Savage came on in relief of Osweiler, who had thrown two first quarter interceptions, and led the Texans to a 21-20 win. 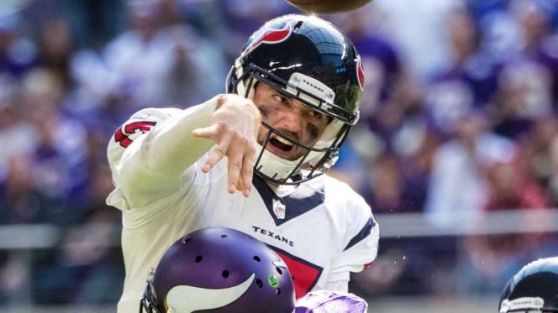 On the season, Osweiler has been horrible. He has thrown just 14 touchdowns with 14 interceptions, and his 5.79 yards per pass ranks him dead last among all quarterbacks in the league.

But after Sunday’s game, the Texans are looking at some alternative options concerning their much maligned quarterback.

On Monday, Texans head coach Bill O’Brien stated that the coaching staff may have found the problem that is plaguing their struggling signal caller.

“We have been pouring over film, and we are starting to think that Brock might be throwing with the wrong hand.” O’Brien stated. “There is just no way someone could be that inaccurate, and be throwing with his true dominant hand.”

Yet, O’Brien remains insistent. “We are just watching play after play of Brock throwing the ball, and he literally can’t hit an open receiver to save his life. There has to be more to this. There is no way that a true NFL quarterback could be this bad.”

This week on the Daly Dose Sports Podcast, we take a look at some of the top stories in the NFL, as it finishes up the regular season. The Oakland Raiders lost a big game last week, but may have proven something in the process. The Denver Broncos are still currently in the playoffs, but that might not last much longer. And the Dallas Cowboys have someone to blame for their loss to the New York Giants, but it isn’t Dak Prescott. Plus four NFL teams that are red hot right now.

The New York Yankees made an announcement last week, and we discuss why young NBA teams tend to struggle, despite their talent.

We conduct a very important interview, talk some college football news, and we have a Heisman flavored Top 5 that you won’t want to miss.

Be sure to check out Episode 107: The NFL regular season home stretch! 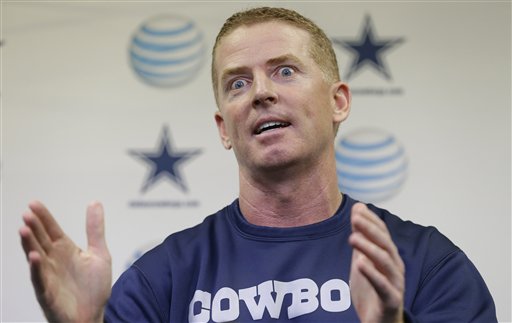 The Denver Broncos are looking from help from an unlikely source.

Broncos general manager John Elway knows the move might be deemed as desperate, but he had to do something.

“We knew that our offensive line was a weakness last year. Our quarterbacks were under constant duress, and our running game struggled all year to get going.” Elway stated. “We signed offensive tackles Donald Stephenson and Russell Okung in the offseason, but it is clear that those moves were a mistake. This year we have actually been even worse”

Denver’s offensive line has indeed been a sore spot again this season, as the Broncos have allowed 36 quarterback sacks, and their running game ranks 28th in yards per carry with just a 3.6 average.

“I realize that placing an inanimate object into a live football game might seem crazy.” Elway stated. “But if you have seen this group in a real game, then you know that this actually might be an improvement for us. Some hindrance of the opposing defense would be better than none.”

This week on the Daly Dose Sports Podcast we take a look at the College Football Playoff Final Four. The selection committee chose Alabama, Clemson, Ohio State, and Washington. But did they have an agenda for selecting those teams? And who got left out?

We offer a few solutions for how to fix the current college football playoff system, and do a quick interview with new LSU head coach Ed Orgeron.

This week in the NFL there were a few teams that took a big step backward. We look at which teams disappointed us in Week 13.

It is very early in the NBA season, but a couple of players are off to a very good start, and one team is surprisingly awful.

Finally we count down the Daly Dose Top 5 College Football snubs of all time!

Be sure to check out Episode 106: The College Football Playoff Mess 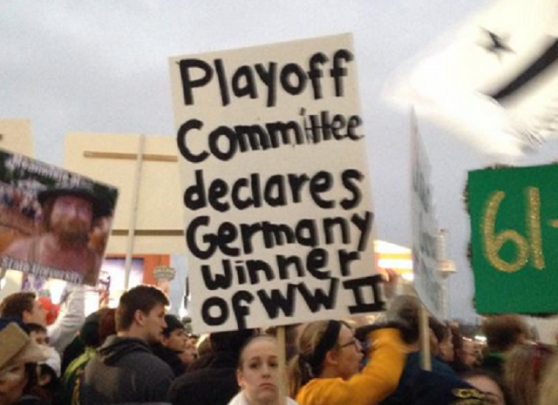 And while these final rankings usually trigger coaches, players, and fan bases venting their anger at what they deem to be a miscalculation…this year there were none of those arguments.

Michigan head coach Jim Harbaugh surprised everyone with his dignity and humility.

“Look, we had hoped to make the final four.” Harbaugh stated calmly. “But we know that we lost two of our final three games. And one of those games was to unranked Iowa. I think No. 6 is fair and we look forward to our game in the Orange Bowl.”

Penn State coach James Franklin was also remarkably calm. Despite going to, and winning the Big 10 Conference Championship game Franklin understood the committees’s decision. “It would have been nice to make it to the playoff, but there’s always next year. We could have taken the decision out of the committee’s hands by winning all of our games. No hard feelings.”

Committee chairman Kirby Hocutt expressed surprise over the maturity and sophistication that everyone viewed the selections.

“We expect criticism. Much like when a husband argues with his wife, we realize that even if we are right, it will be pointed out to us all of the ways that we are wrong. This is truly a special occasion.”